Please only use this forum to discuss football related matters. Non football related posts will be removed to the correct forum. Please respect your fellow posters at all times and refrain as much as possible from the use of bad language.
Post Reply
First unread post • 1 post • Page 1 of 1
Jump to

Steve Cooper felt Conor Hourihane showed Swansea City fans a glimpse of what is to come after an impressive debut in the FA Cup win over Nottingham Forest.

The on-loan Aston Villa midfielder came straight into the side against the Reds, and quickly highlighted his ability from set-pieces with a number of threatening deliveries.

He was composed on the ball and got through plenty of work out of possession too, getting 66 minutes under his belt for his new club.

And the Swans boss was a happy man and after seeing one of his January acquisitions make an assured bow in a white shirt.

“I was really pleased with Conor. He was excellent and he has been impressive from the moment he came through the door,” said Cooper.

“You can see he is a real focused professional, and an individual who will bring what he possesses but also wants to buy into what we are doing.

“That’s always the best way to be, and he was excellent. He showed composure and quality on the ball, and that’s why we wanted him here.

“If that’s a sign of things to come, then happy days.” 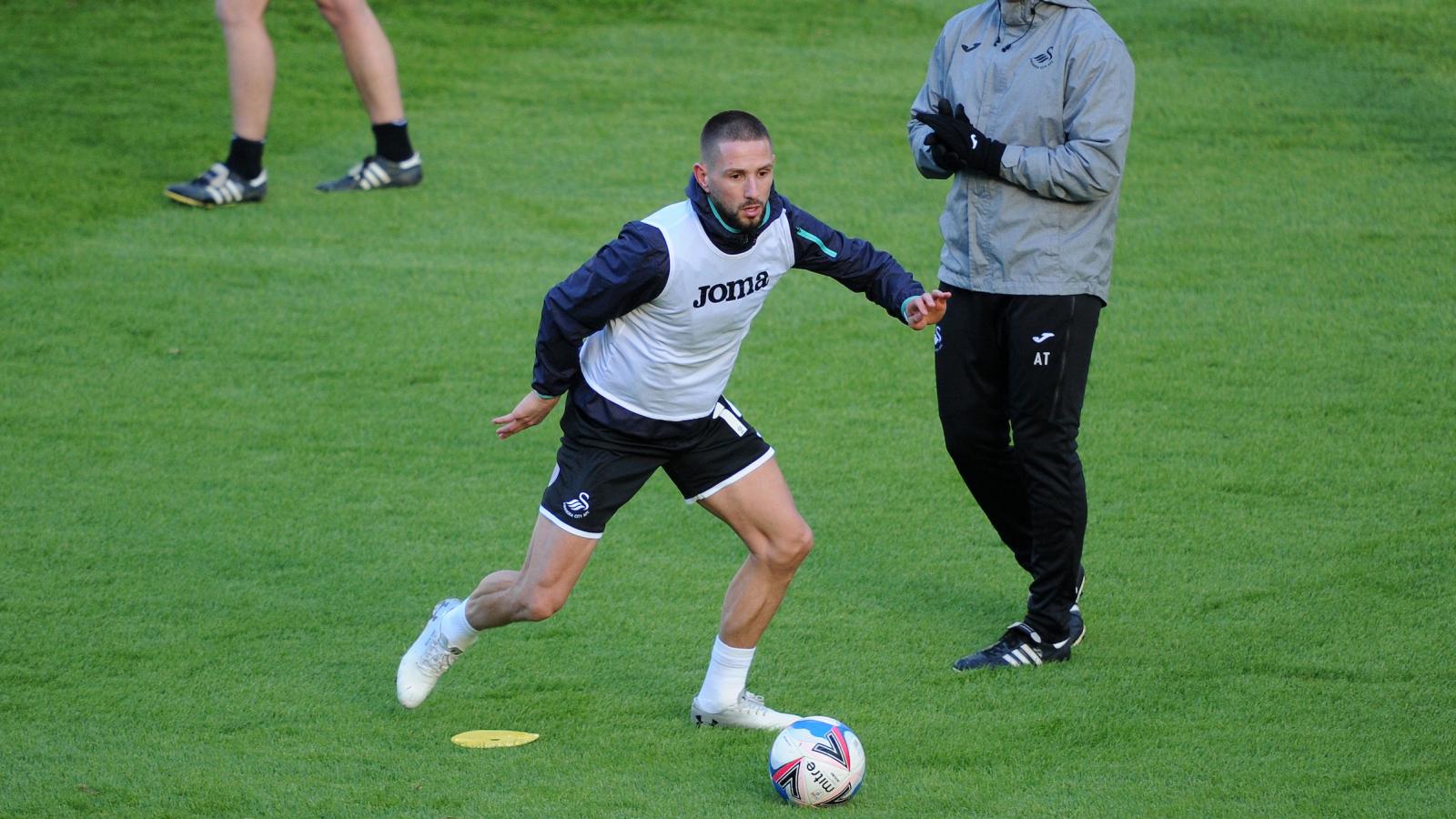 Return to “The Football Board”