Steve Cooper was pleased to see Swansea City show a clinical edge in front of goal as they completed a league double over Barnsley.

In a hard-fought encounter played in difficult conditions in South Yorkshire, the visitors took the three points via goals from Ben Cabango and Jamal Lowe.

Those efforts proved to be Swansea’s two efforts on target in the 90 minutes, and they made the most of them to reward another rock-solid defensive showing.

“The goals came at good times, particularly the first one before half-time,” said Cooper.

“I know there’s never really a bad time to score but Ben is a threat at set-plays because he really attacks the ball.

“For Jamal, the opportunity presented itself and he did not half show a lot of composure and quality to put it away and put the game firmly in our hands.”

The Swans also racked up their 14th clean sheet in the league this season, and 15th in all competition, and have conceded just 13 goals in 24 games.

And Cooper was quick to point out that, while the goalscorers get the headlines, it’s the work of the team as a unit that makes such a record possible.

“All our clean sheets have been team efforts,” he added.

“He made a good save or two tonight, and there were good blocks. You could see Andre running back and tackling and it was a real team effort, no doubt about it.” 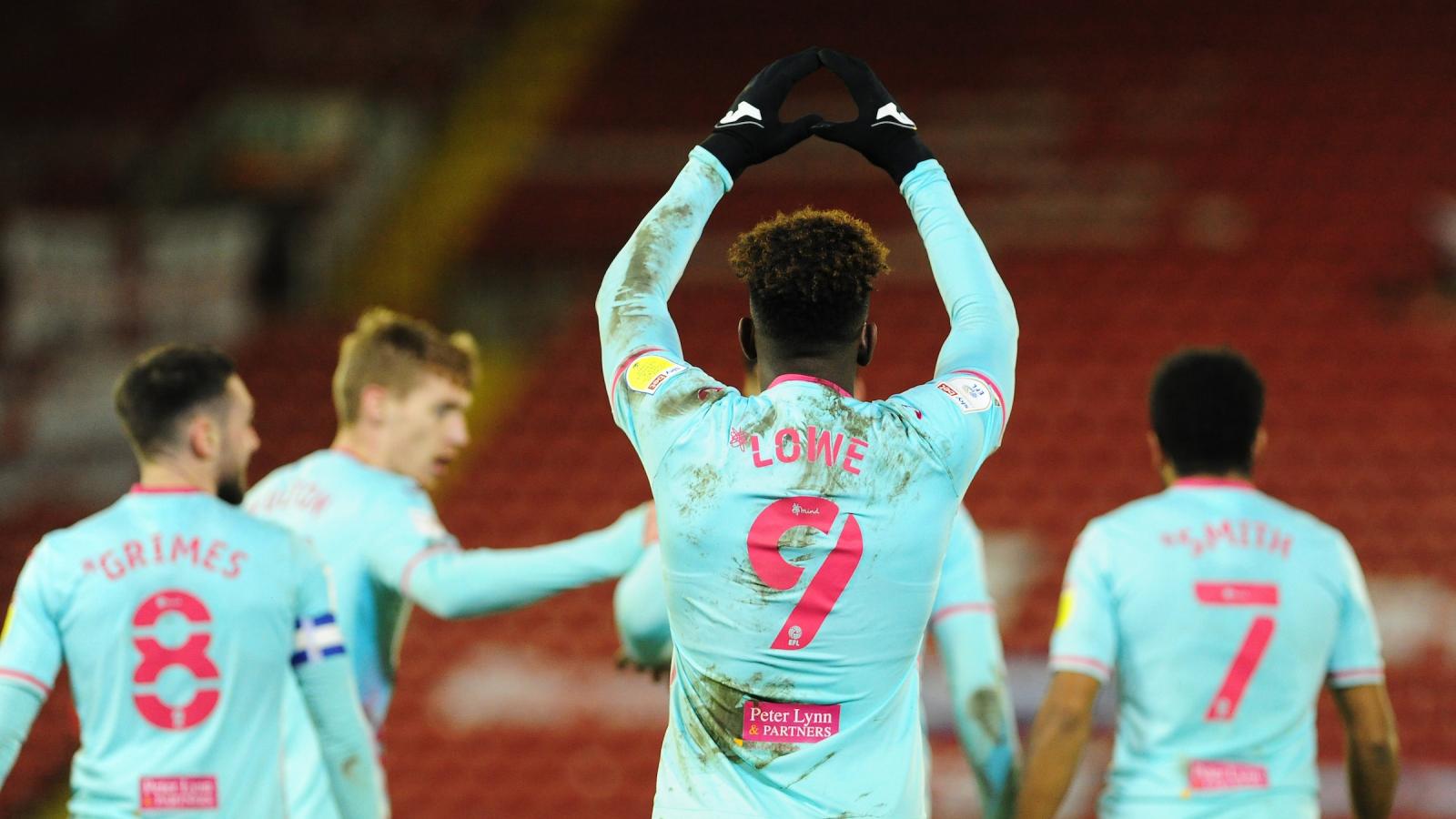 Swansea City moved four points clear of third-placed Bournemouth thanks to a clinical 2-0 victory at Barnsley.

The Tykes are now winless in their last 16 games against a Swansea side increasingly looking like genuine promotion contenders this term.

The Swans took the lead on the stroke of half-time with their first effort on goal as Ben Cabango's looping header from a long throw crept in.

Barnsley then gifted the Swans a second on 55 minutes when Mads Anderson and Michael Helik got in each others' way and allowed Jamal Lowe to run clear and slot home.

Despite plenty of endeavour and no little effort, Barnsley were never a huge threat, though Freddie Woodman did save brilliantly to deny Callum Brittain's rasping effort as the Tykes pushed to get back into things.

The win for Swansea gives them daylight in the automatic promotion berths, though they still trail leaders Norwich by four points, while Barnsley remain 10th, missing the chance to leapfrog Bristol City, Stoke and Middlesbrough.

Having picked a strong side in the FA Cup last weekend in their win over Tranmere, Barnsley boss Valerien Ismael made only two changes with Jack Walton returning in goal and Victor Adeboyejo earning a start in attack.

Swansea, who rotated heavily in the FA Cup, made one change from the side who played Watford in their last Championship game a fortnight ago, with Kyle Naughton replacing Ryan Manning as Jake Bidwell reverted to left-back in the Swans' defence that has been harder to breach than a bank vault.

The Swans' success this term has been built on their defence, having conceded just 13 Championship goals in their 24 games this season, the fewest by a team since 2015/16, with 14 clean sheets along the way.

However, they knew they would be in for a tough evening against a familiar Barnsley side, with Adeboyejo in particular looking to avenge a 2-0 defeat at the Liberty Stadium just 28 days ago where he scored an own goal.

It was the former Leyton Orient forward who had the first chance of a quiet first half at Oakwell, but he blasted over after Cabango's slip allowed him space.

Swansea were enjoying possession but not making inroads and Woodman had to be alert to save from Adeboyejo, while Conor Chaplin's effort was blocked and Brittain's effort tame.

The visitors had not created a single opportunity with half-time rapidly approaching, but they snatched the advantage in first-half stoppage time when Cabango rose highest to meet Connor Roberts' long throw and loop a header into the top corner.

The goal was extremely harsh on the hosts, but they only had themselves to blame when their defensive horror show sent Lowe clear to slot home a second before the hour, though replays showed Lowe was possibly in an offside position.

Cauley Woodrow headed wide as the hosts pushed to get back into things, before Woodman produced a stunning save from a thunderbolt from Brittain as he acrobatically tipped the ball over the bar, Barnsley's best effort on a frustrating evening for them.

Barnsley boss Valerian Ismael said: "It was a strong first half from us, it was exactly our gameplan. We were in the game and controlling the game.

"Then on the stroke of half-time we conceded and it was a real pity moment for us. We were still in the game, but then we make a mistake and the second goal kills us.

"Without the second goal we could have come back into the game, but the goal kills the performance.

"All the time it's the same story with us at the moment against the top six."

Swansea boss Steve Cooper said: "A 2-0 win away from home is a brilliant result even though at times it probably wasn't pretty, but that's what it took.

"I don't know what it looked like on television, but the conditions weren't easy, we had to show a different side to us and I thought we did that.

"Consistency is what every team is aiming for and we are no different, you see mad results week in, week out.

"If we are showing signs of consistency I think that is really important and will stand us in good stead."

hve really warmed to cooper in the past 6 motnhs or so. His interviews are excellent, excellent recruitment, team cohesion etc. Long may it continue

Probably been said already and elsewhere but this team looks fitter than any in recent years. And the workrate is superb. With a few mins to go last night Jamal set off after an opponent and tracked him practically all the way to our goal line. Impressive.