Steve Cooper was delighted to see his strikeforce on target in Swansea City’s FA Cup victory over Stevenage, as Wayne Routledge brought up a club landmark.

Routledge and Viktor Gyokeres were on the scoresheet after being handed starting roles in attack with Jamal Lowe on the bench and Andre Ayew rested.

They made the most of the opportunity, with skipper Routledge heading home a Yan Dhanda cross for the opener in just the seventh minute.

The goal means the 36-year-old has scored in all 10 of his seasons with the Swans since his move from Newcastle in 2011.

It also saw him claim victory at Stevenage 10 years on from being part of the Magpies side beaten 3-1 at the same stage of the competition.

“It is remarkable really at this level, and in the Premier League where he has played most of the time.

“I cannot pay enough respect or give him enough credit. He is a remarkable guy, and he has had a great career.

“He is so well liked and valued at the club. He would probably like a few more minutes than I am giving him, but he is brilliant to have around and he can still play.

“Every day in training he will do something that impresses us, and if we need to start him in games he will be ready to do that, as he showed today.

“He’s a real bridge between myself and the dressing room, I think the professional in him will always want to play, but he knows the contribution he is making.”

Cooper also hopes Gyokeres will benefit from netting his first goal in Swansea colours, as the on-loan Brighton striker glanced home Jordon Garrick’s superb cross early on in the second half.

“I hope that helps Viktor, he works hard to improve in training and we are really pleased for him,” added Cooper.

“We want our strikers scoring and we got that from the two who started.

“It was a brilliant cross from Jordon Garrick and it was a proper number nine’s goal.” 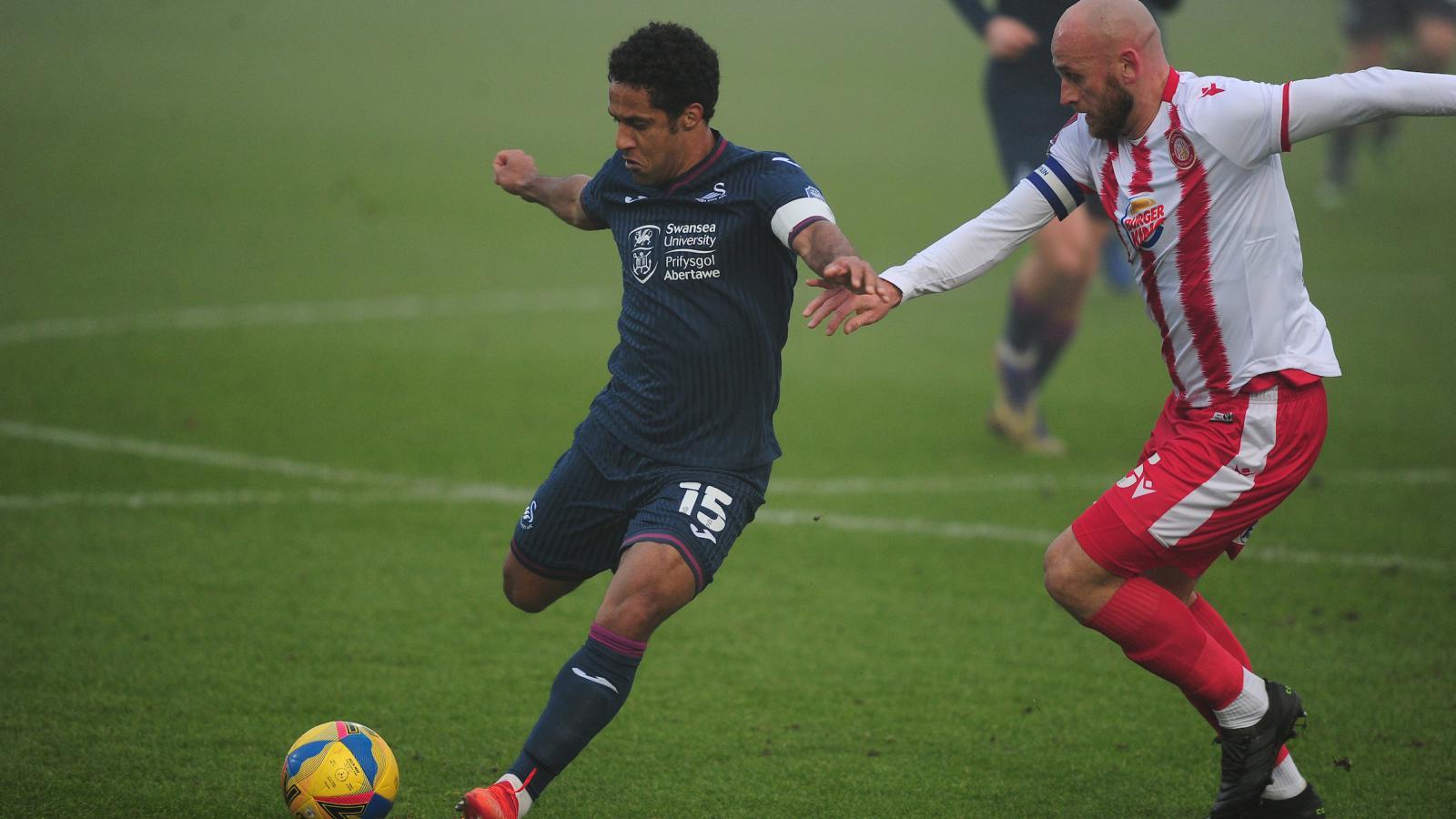 COOPER | WE HAVE LOST ONE OF OUR OWN, THAT WAS FOR NICK

Steve Cooper says Swansea City has lost one of its own after he and his players paid tribute to former kitman Nick Eames during the FA Cup win at Stevenage.

Nick, who passed away earlier this week, was the husband of Suzan, the club’s former long-serving utilities co-ordinator, and father of Michael, who currently holds that role.

News of his passing has saddened everyone connected with Swansea City and, when Wayne Routledge scored the Swans’ opener in their FA Cup tie, he raced to pick up a jersey bearing the message: “RIP Nick, always in our hearts”.

And Cooper felt it was a fitting tribute for a much-loved member of the Swansea family.

“We lost Nick which was awful news, but it is compounded by Nick being Suzan’s husband, who had been in charge of the kit department at the football club for a number of years,” said the head coach.

“When we talk about the fabric of the club, she is part of that, and their son Michael now runs the kit department after taking over.

“They are a wonderful family, brilliant people who are Swansea through and through.

“Unfortunately, we have lost one of our own. I know Nick, Suzan and Michael have been close to a lot of the players and staff.

“There have been people who have been at the football club a long time who have spent a lot of time travelling with them, being at games with them and going through the highs and lows.

“We have lost one of our own, and it is really, really sad.

“It was the players who came up with the idea of the shirt, and I think it was fitting it was Wayne who scored.

“I hope Suzan and Michael were able to enjoy that moment because that was for them, and for Nick.” 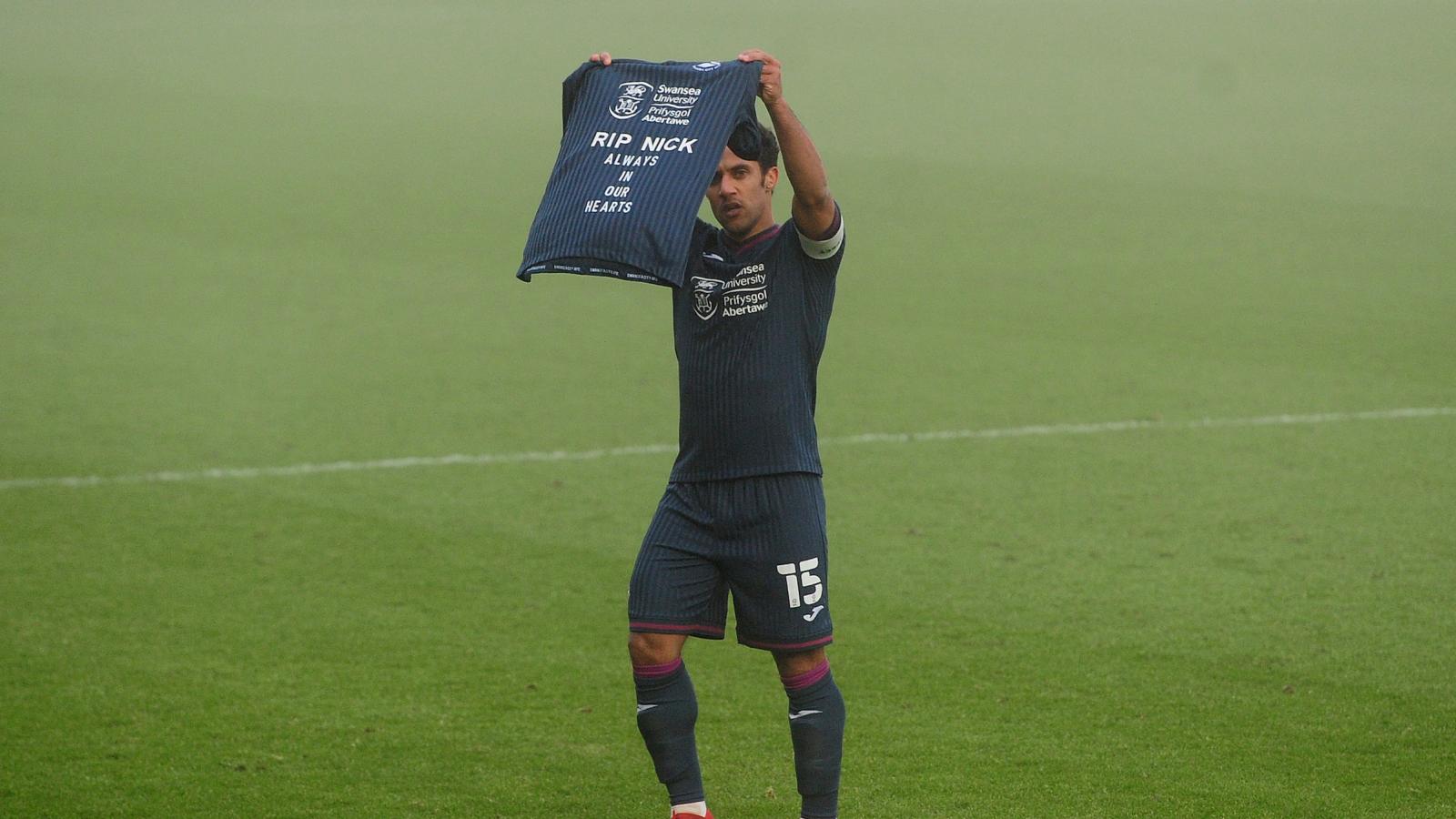 Steve Cooper paid tribute to the professionalism of Freddie Woodman, but revealed injury to Steven Benda leaves him looking to add a goalkeeper to his squad during the January transfer window.

Benda had been due to start the FA Cup third-round tie at Stevenage, only to suffer an ankle injury in training.

The German is to undergo surgery on the problem, and is facing a number of months on the sidelines while he recovers.

Woodman started and kept a seventh clean sheet in nine games, denying Luke Norris from the spot late on - his fourth save from seven penalties faced in Swansea colours - and making an arguably even better save to keep out Arthur Read’s free-kick.

And head coach Cooper made clear how impressed he had been with the Swansea number one’s approach to an unexpected start.

“Freddie was not going to play today, Steven Benda was due to play but he picked up an injury in training, which was unfortunate for him as we like Steven a lot,” said Cooper.

“But Freddie was made up to play, as that is what he enjoys doing, and he prepared brilliantly. He got his rewards for that, and I paid respect to that in the dressing room in front of the lads.

“We were pleased with the penalty save as it not only keeps a clean sheet, but makes sure there is no rocky ending to the game.”

Lewis Webb, who recently signed a new contract, was on the bench at the Lamex Stadium, but Cooper says Benda’s injury means it will be necessary to dip into the transfer market.

“Steven’s injury is serious, he is going to need an operation on his ankle which will rule him out for a few months unfortunately,” he added.

“It means we will have to look to get a keeper. Lewis Webb, who was on the bench today, is a fine young keeper but we are going to need to add another one in now and we are working hard on that.” 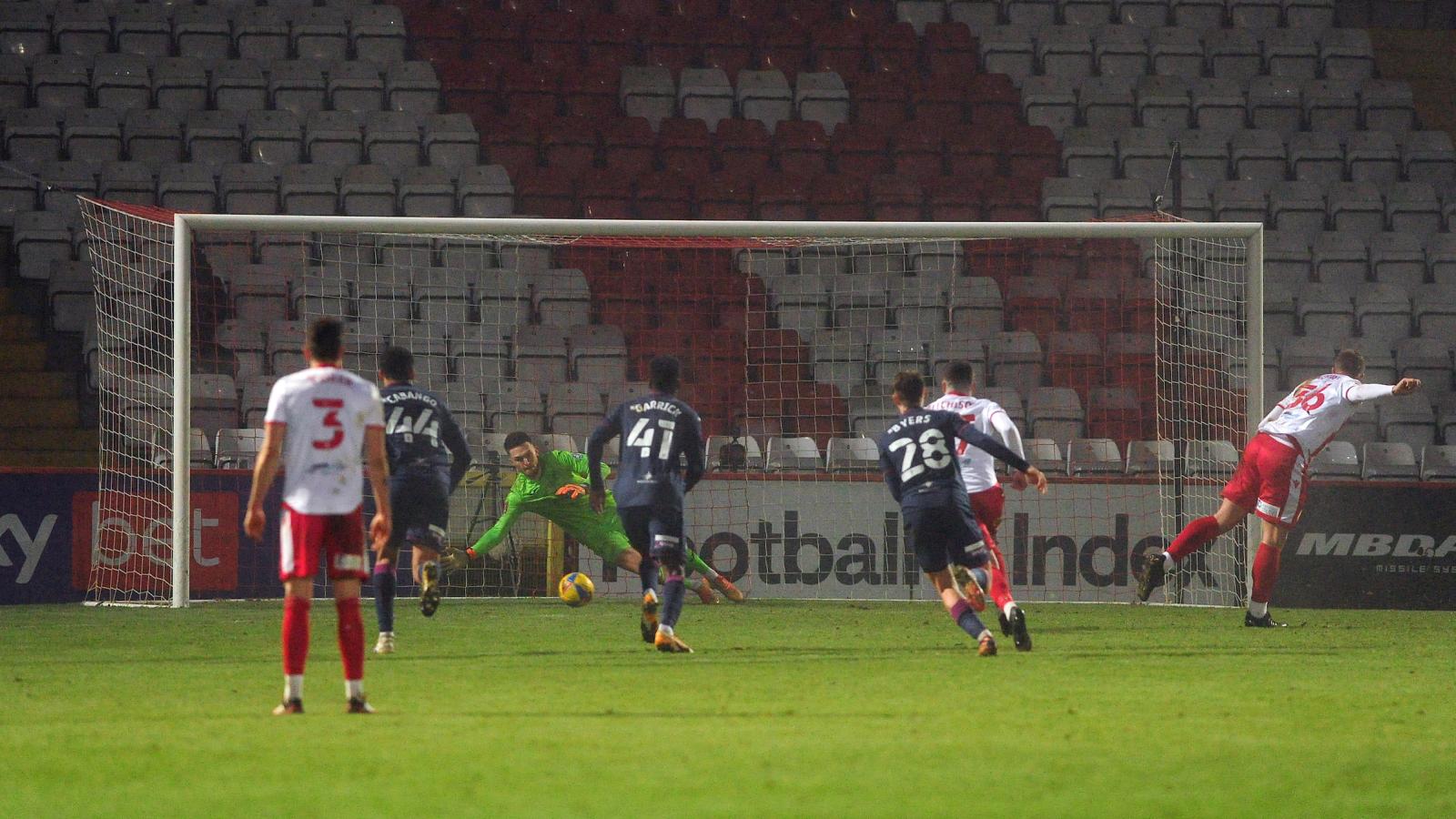 Badlands wrote: ↑
09 Jan 2021 22:15
Neither Garrick nor Manning are wing backs - I hope Cooper doesn't waste their talents trying to convert them.

Why would you say that? Manning is a wing back according to QPR fans, not really suited to a flat back 4 reading their message boards.