Please only use this forum to discuss football related matters. Non football related posts will be removed to the correct forum. Please respect your fellow posters at all times and refrain as much as possible from the use of bad language.
Post Reply
First unread post • 250 posts
Jump to

eteb wrote: ↑
12 Jan 2021 20:15
also they havent got a pot to piss in, cant see them spending 2mil when they did on Moore. Also nowt on their side, which usually has rumours on it

They should be honouring their debt to nantes before spending money on players.

These users thanked the author Fireboy for the post:
Mad_Mike

In all honesty, it was no surprise to see Swansea bring Freddie Woodman back to the Liberty Stadium during the summer transfer window.

The young goalkeeper enjoyed an outstanding debut season between the post in Wales during the 2019/20 campaign, helping the club make an unlikely late charge into the Championship play-off places.

As a result, Woodman’s return to Swansea this season seemed a no-brainer, and it has once again paid off, with the 23-year-old playing all but one league game so far this season, to help Steve Cooper’s side to second in the current Championship standings.

Perhaps the only disappointment for Swansea therefore, is that as with last year, Woodman is only on loan at The Liberty from Newcastle.

Given the influence and impact Woodman has had during his time with Swansea so far, not to mention their lack of an alternative experienced and established goalkeeping option, you could certainly understand the Championship promotion-chasers wanting to secure a permanent deal for the 23-year-old eventually.

Admittedly, the fact that Woodman only signed a new contract with Newcastle until the end of the 2022/23 season – with the option to extend by a further 12 months – before re-joining Swansea last summer means that that is unlikely to be easy for the Welsh club to do.

However, looking closely at the situation at Newcastle, and it does seem as though Swansea could use the Magpies’ own raft of goalkeeping options to their advantage in any attempt they make to do that.

In Martin Dubravka and Karl Darlow, Steve Bruce’s side have both a number one and backup goalkeeper who have proven on more than enough occasions that they are quite easily capable of holding their own in the Premier League.

Add to that the fact Mark Gillespie, signed following his departure from Motherwell during the summer, is also on the books at St James’, meaning that even with Woodman at Swansea, Bruce still has three goalkeepers to call upon.

With that in mind, it could certainly be argued that Woodman would be well down the pecking order at St James’ were he to return this summer, and that is something that would be unlikely to change anytime soon.

Both Dubravka and Darlow have contracts with the Magpies until the summer of 2025, while like Woodman, Gillespie’s deal at St James’ is set come to an end at the conclusion of the 2022/23 season.

A move back to Newcastle at the end of this season in the hope of first-team opportunities could therefore become a waiting game that never ends.

That is something that the ‘keeper himself, as well as Swansea and Newcastle are all likely to be aware of to some extent, and it is something the Championship promotion contenders must play on in an attempt to secure a permanent deal for Woodman, who must by now be confident that he would remain number one for the Swans were he to sign permanently, considering the opportunities they have given him, and the performances he has repaid them with.

For Newcastle, they can also be optimistic that Woodman, given his ability and contract situation, could fetch them a decent fee this summer, and given the options they have to cope with his departure, that may well be more appealing than seeing him sat on the sidelines or out on loan again for a couple more seasons until his deal expires.

It seems therefore, as though a permanent move away from Newcastle for Woodman this summer could certainly work out well for both parties, and if that is to happen, then Swansea’s recent connections with the goalkeeper mean they should feel confident of being in pole position to secure a deal.

That is something that they should surely look to take advantage of, because if the past season-and-a-half have shown anything, it’s that such an agreement would no doubt work rather well for them too. Gyokeres is being recalled and then being sent to Coventry

Swanseaborn wrote: ↑
14 Jan 2021 12:01
Gyokeres is being recalled and then being sent to Coventry

Oh, so he will score another goal this season then.

That’s a first too!

This site revealed on Thursday that the Premier League club are weighing up whether to offload the goalscoring midfielder, 29, this month.

The Championship’s second-placed side want to land a midfielder of proven pedigree and experience as they push for promotion.

The Republic of Ireland international fits the bill for the Swans, who they hope can persuade the player as well as Villa.

Hourihane has struggled for game time this season after being a key player for most of his four years at the Midlands giants.

The rock-solid central midfield partnership of Douglas Luiz and John McGinn has pushed him down the pecking order, while summer signings like Ross Barkley and Bertrand Traore have denied him opportunities higher up the pitch.

But Swansea are in no doubt about Hourihane’s calibre.

He was a key goalscorer and creator last season for Villa, scoring seven goals and supplying five assists from 34 appearances, 18 of which were league starts.

Hourihane has been a big hit at Villa since joining in January 2017 from Barnsley.

The left footer has played 150 times for the Midlands giants, scoring an impressive 29 goals as well as supplying 23 assists.

Hamer has played 17 times for Huddersfield this season and has made more than 350 senior appearances in his career.

He has previously had spells at Leicester, Charlton, Brentford, Derby, Bristol City, Exeter and Crawley.

Teenager Lewis Webb was on the bench for Swansea in their FA Cup win at Stevenage last weekend after Benda was ruled out for a number of months with an ankle problem.

Head coach Steve Cooper said on Thursday Swansea were close to signing a replacement for Benda.

"I'm quite happy to go on record to say how happy we are with Lewis Webb," Cooper said.

"He's a young goalkeeper with lots of potential, but is it the right time and place for him now to play in the Championship?

"He'll certainly back himself, but you've got to time these things right, and we could do with another goalkeeper in the building." 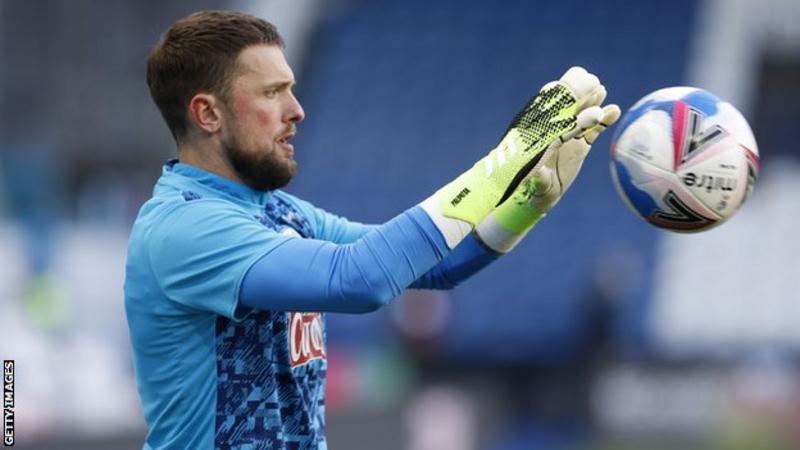 Conor Hourihane would be a magnificent signing .... i think

I read villa were looking to offload a few days ago but didn't imagine us in the mix..... won't get my hopes up too soon like but fingers are very crossed

I’d love the Hourihane rumour to be true but can’t see us spending that sort of money unfortunately...........!!

really hope it is true ...... very dangerous dead ball specialist .... corners and free kicks .... take them off grimes and let him do the stuff he is good at

These users thanked the author Gaius Baltar for the post:
karnataka

I know it’ll be music to some people’s ears but it is a bit of a concern that we have enough money to cover Hourihane and Hamer potentially?

I’d imagine between the two of them if we covered full wages it would be £60k a week?

Looks like Hourihane is a goer. Sky sports covering it now.

Don’t get me wrong huge signal of intent as the guy has serious quality, scored seven last season for Villa and 11 in his last season in the Championship. Left footed too. Can’t help but be excited if we do pull it off, just conscious of the costs

Return to “The Football Board”